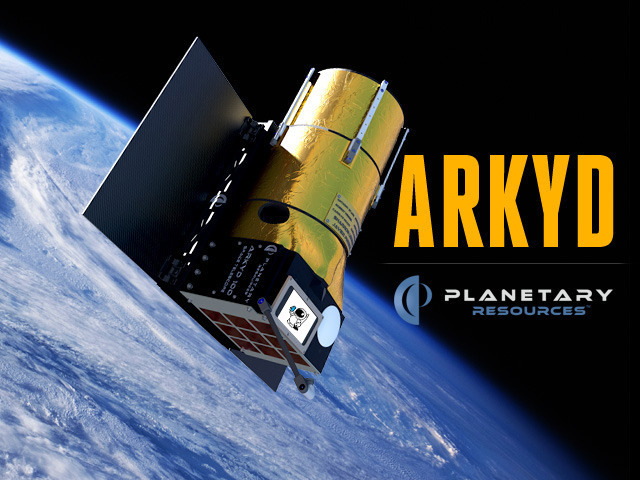 Calling asteroids “the best real estate in the Solar System,” Planetary Resources bills ARKYD as “the first private space telescope and a stepping-stone to near-Earth asteroids.”

Planetary Resources is an American company formed in November 2010, and their stated goal is to “expand Earth’s natural resource base” by developing and deploying the technologies for asteroid mining.

The first step to mining asteroids, the company believes, is launching small (30–50 kg) low-cost space telescopes for both Earth observation and astronomy.

The same telescope satellite capabilities that Planetary Resources hopes to sell to customers can be used to survey and intensively examine near-Earth asteroids.

Planetary Resources is offering several versions of its space telescope.

The ARKYD 100, is, according to Planetary Resources, a low-earth, commercial space telescope “within reach of the private citizen.” According to the company:

The ARKYD 100 Space Telescope provides spectacular views of the Earth’s surface and deep space, including the rich, virtually unexplored areas between our planet and the Sun. Central to its configuration and functionality is a precision imaging system. With arc-second resolution, the ARKYD 100 spacecraft camera will provide detailed celestial and Earth observations where you want them, and when you want them. The ARKYD 100 is capable of surveying for near-Earth asteroids during one orbit, then be retasked for rain forest observation on the next. The possibilities for utility and engagement are only limited by the imagination of the user.

Planetary Resources says the telescope will be offered to the public “soon.”

The ARKYD 200 adds “propulsion capabilities and additional scientific instrumentation” to the ARKYD 100 Space Telescope to create a probe that can actually travel to an asteroid.

So far, more than 17,000 Kickstarter backers have pledged $1.5M in funding, blowing the company’s original goal of $1M out of the water… into orbit.