Josh Elsdon was recently named the 2015 VIATEC Awards’ Education Champion for his innovative teaching skills at Monterey Middle School. He accepts his robot trophy on June 26, 2015 at the Victoria Conference Centre, one night before his wedding day!

Josh began teaching in Victoria in 2006, and he’s spent the last 3 school years experimenting with tech programs with his students.

“I was excited at how enthusiastically my students responded, and when I talked to my friends who work in programming, they all said ‘I would have killed to do that in middle school!’” commented Mr. Elsdon. “I felt like I was on to something, so last year I asked my administration if I could expand the scope into a class dedicated to tech exploration.”

They recently received a grant to buy a 3D printer, so his students are working furiously on designing stuff on TinkerCad and Blender.

“I am in awe sometimes. I love how meaningful the learning is to them… so solution-focused and relevant to what they are trying to accomplish.It gives them such a sense of independence and self-reliance.”

When Mr. Elsdon isn’t busy shaping minds, he enjoys Victoria’s art and music scenes and going up island to surf.

Congrats on your marriage Josh!
Love,

Announced earlier this month, AML Oceanographic Ltd. (AML) has been selected to supply CTDs (Instruments used to determine the conductivity, temperature, and depth of the ocean), for Ocean Networks Canada’s Smart Oceans™ program. We thought this would be the perfect time to name AML as our Tectorian of the Week!

AML impressed everyone at last year’s VIATEC Technology Awards when they won the Innovative Excellence Award for their UV•Xchange product. It’s an environmentally friendly device that keeps things from growing on sensors in the ocean with the use of ultraviolet (UV) light. Well, we don’t think there’s a UV light around that can stop THEM from continuing to grow.

AML is a vendor of choice for sound velocity measurement for a wide range of marine survey organizations and manufacturers of multi-beam, single-beam, ntrusion detection, and USBL/LBL positioning systems. They are a Canadian manufacturer that does 95% of their business globally and overseas, and they’re right here in Victoria.

AML will assist the Smart Oceans™ program by deploying Metrec•X instruments on cabled observatory platforms off Canadian coasts to provide data imperative to improving environmental monitoring and marine safety. AML’s award-winning UV•Xchange and Cabled UV will prevent biofouling of Xchange™ and other environmental sensors on each CTD, in addition to other critical surfaces of the platform. The prevention of fouling-induced drift will allow the sensors to provide accurate data for the duration of the in-situ deployments.

This is great news and we’re excited to see where AML Oceanographic goes from here.

Ocean Networks Canada also happens to be on the shortlist for the Ocean Innovation Award for their Community Fishers mobile app! (You can vote for them right here, #11). 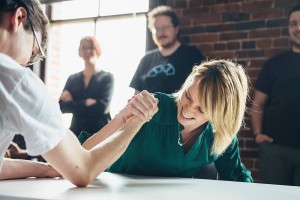